State of eCommerce and Cryptocurrency for online merchants in 2018

An eCommerce merchant is used to payments processing fees – ie: credit card, paypal – those 2.5% cut haunts him every night. He/She is also aware that his bank or Paypal could freeze all funds without notice if they “think” that something weird is going on (paypal limits anyone?).
One day he/she hears about cryptocurrency and is amazed by the fact that HE/SHE is the one in full control. No need to ask permissions to no one. 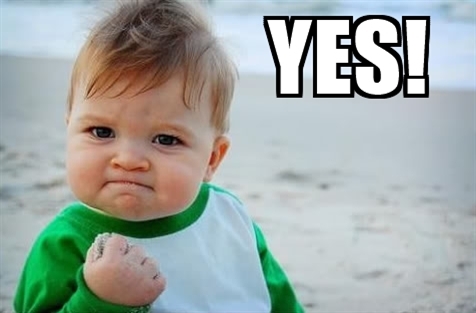 Cryptocurrencies are around since 2009, one might think that accepting digital currencies on an online store will be an easy task. Yet, the more your look into it, the more sceptical you get… especially in you are new into crypto.

You need to be picky and a serial googler

Take WooCommerce, the most popular eCommerce software for WordPress. It currently runs over 2 millions active online stores. According to BuiltWith, WooCommerce has a 42% share of the eCommerce on the entire Internet.

To my surprise, Litecoin is like… nowhere to be found.

You’ll find plugins from GoURL.io, CoinPayments.net, Mollie.com, Blockonomics.co, BitPay, TheBigCoin.io, … lots of choices. But what you trully get is the chance to put your trust into another middleman. Some will act like Paypal : you will have a wallet or balance with them, money received from orders (minus transaction fee) goes to third-party account, and then you should be able send it to your own wallet for another fee… Other will be more like Stripe by taking a percentage to process and confirm the crypto payment for you. New ones pop from time to time without reviews obviously, so SURPRISE!

When you go deeper though, you will read some weird shit going on from users:
– user got fees increased to 10%, frozen account with GoURL ?
– those reviews on cryptocompare about CoinPayments ?
– And those about BitPay ?

I will not go through every plugin, but I don’t believe cryptocurrency was made to be used in that old fashion way. One online merchant should be able to receive payments in his wallet directly from the buyer’s wallet and without any third-shitty-party.

“Damn! These guys are worse scammers than my own bank!” – Young caps creator

You need to look deeper

You will find some exceptions out there, and it is always better to find one open source hosted on a public repository. Github issues page is a great way to see if the plugin seems legit or not for those without programming experiences.

Various awesome developers made some WooCommerce plugins to avoid that third-party ownership. But the research is hard and choices are limited. So far I’ve found one for Bitcoin (BTC), Bitcoin Cash (BCH) and Stellar (XLM). Speaking of BTC and BCH, they require you to use a wallet compatible with xpub, a Master Public Key to receive a payment. And for Stellar, a standard wallet like Stargazer will do.

There is also this great project going on right now: http://zap.jackmallers.com/
It uses the Lighting Network (on testnet for now) to send and receive bitcoin payments with minimal fees. They have some great example videos and a WooCommerce plugin in development:

Do you want to accept @lightning payments at your web store? @ln_zap is working on making it easy. This is a 1-click install plugin to have your wooCommerce store LN ready ??

This is the most interesting thing I’ve seen about Cryptocurrency and a eCommerce platform. It has everything a merchant could dream of:
– Receive payment directly in their own wallet from customer
– Full control of their keys
– No third-party holding money
– No third-party processing payment in exchange of fees
– Minimal fee

I’m personally really excited and can’t wait to have this in hands! If you know more plugins that act without middleman, let me know in the comment!

While writing this post, CoinMarketCap reports 1450 cryptocurrencies – without counting those couple hundreds new ICO per day – that are currently available and they have tons of different purposes. But the majority of them is trying to fix “Payments” as we know it. Why don’t we see official plugins from those currencies creators/teams?

It’s a no brainer that they should invest in eCommerce plugins for the most popular platforms. We need to see more of that on their Roadmap instead of “Redesigning website and logo” for the third time. They should care more about the mass adoption of their product, and less on their brand.

Merchant’s life will be so much easier and safer that they will start dreaming about their favorite cryptocurrency! Direct transaction is the way to go. What we have right now is almost the same thing we are fighting against: governmental oversight.

Say NO to middleman!